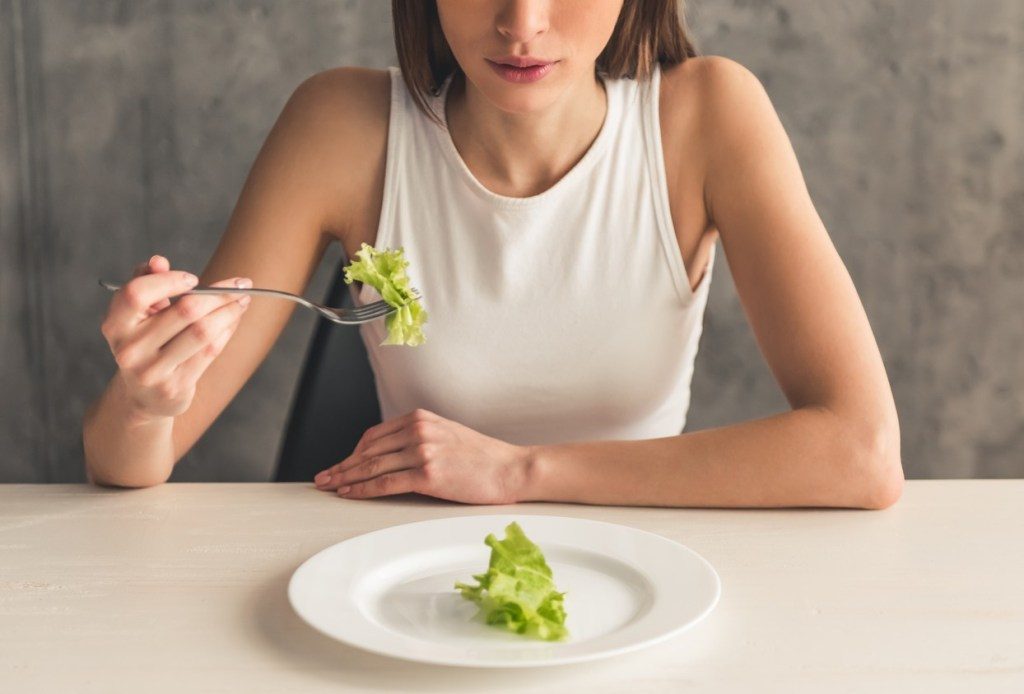 Eating should both sustain you and excite you. When eating starts to become an anxiety-producing event, is when you should start becoming concerned.

No one starts her day thinking, “Today I think I’m going to develop an eating disorder!”

It’s a slow, gradual process that develops over time. Oftentimes, you might start out with perfectly healthy intentions. Beginning a diet to lose the baby weight, restricting food to only certain times of the day or not eating certain kinds of food because “I’m trying to be healthier” sound like noble pursuits. But how do you go from “normal,” often-times much-admired behavior, to ending up with a full-blown eating disorder?

Here are 5 behaviors that indicate you might be at risk of developing an eating disorder:

1) You’re obsessed with counting every calorie

It’s acceptable to log every cup of coffee into your food logging app, but feeling intense guilt for going over your daily goal calories is a big red flag. Or maybe you hold to your daily calories, but restrict yourself to a small list of foods you will “allow” yourself to eat, punishing yourself when you stray from the list.

You may tell yourself you’ve immediately gained weight from this, and “feel” bigger, convinced your clothes won’t fit or you’ll “look fat” in them. You vow to get right back on track the next day.

2) You find yourself declining social invitations if they involve food

Restricting your behavior so you’re not eating in public, is a very strong indicator that your relationship to food has shifted. Not wanting to go out with a friend because you feel “safer” eating at home may sound like self-care, but it’s actually the opposite. Unable to control the foods you’re eating at a social event, you feel worried and anxious and begin to isolate yourself because you need to be in control.

There’s a difference between stuffing yourself on a delicious meal and stuffing yourself because you’re eating so fast that you’re not really tasting the food and then you’re suddenly in uncomfortably in pain.

We’ve all experienced meals where we kept eating, even after we were full. But if you find that you’re not tasting most of your meal, or the food is eaten so fast that you end up in pain – this is something to become aware of. This may or may not be followed up by a behavior to compensate for the amount of food you just ate such as making yourself throw up, taking laxatives, over-exercising, or fasting.

4) You weigh yourself often, sometimes even several times a day.

Your emotional state and/or self esteem fluctuates based on if the number you see on the scale.

5) You are convinced that you can truly only be happy once you weigh a certain “magic” number on the scale, look a certain way, or wear a certain size.

Once you reach that goal, then, you tell yourself, you will be happy and do the things you want to do that you aren’t doing now.

If any of these behaviors resonated with you, you may want to strongly consider seeking an assessment from a licensed professional who specializes in treating eating disorders (such as myself.).

An eating disorder is not an illness to avoid getting treatment for, as people who have them suffer and die every day from them everyday. If you’re struggling, reach out.