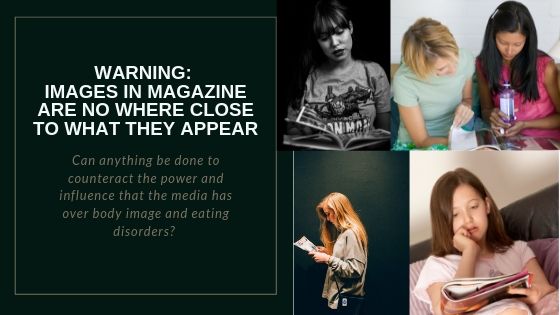 Yesterday I had the rare “opportunity” of some forced idle time on my hands sitting in a waiting room for my name to be called. There I was among a handful of other people quietly hovering over their phones, a few empty chairs and table next to me filled with a stack of magazines.  Now I honestly could not tell you the last time I read a magazine, but without giving it much thought, I just grabbed one near the top that did not look ripped and faded.

As I started to flip through the pages reading about who was starring in what movie and who the newest “it” couples were, I came across an article about a famous Hollywood star having her 3rd baby.  I initially just glanced at the pictures of the article, not really intending to read it, but then a few words in the initial paragraph caught my eye, and I was all in.

There, in bright bold words, leading into the start of the actual article, was a statement about how happy this woman appeared to be, followed by a very complimentary description of her body, praising her for how quickly she was able to erase all signs of ever having been pregnant.

As I continued reading on, there was an additional sidebar further highlighting and applauding her for how she blasted the baby fat that she packed on by being so disciplined.  Included were before (pregnancy) and after (current) pictures, clearly communicating the point that she looked so much better now.  There was even more mention and praise sprinkled throughout the remainder of the article for her body, appearance and that this was only possible due to her dedication to the hard work and doing whatever it took to get her body back so quickly.

Now, you could be sitting here reading this and thinking many things, including: “Yeah, so what? Why are you writing about this?”, or “That’s awesome, I wish I could have done that.  Which magazine is that in?”

And if you are, I actually wouldn’t be surprised.  But, I, for one, am really disturbed by not only this article and the content in it…but by the fact that perhaps there are people out there that see nothing wrong with it.

When I was reading that article, so many thoughts were going through my mind:

So, if I had not lost my baby weight the same in the same amount of time, I would probably start to compare myself to her, feeling bad about my inability to do what she had done.  I would also probably start to feel pretty unattractive and self conscious about my body.

My main question really is: Why on earth would this magazine focus on this woman’s weight loss and her body as being so important after she brought another person into the world?  The article could have just focused on the fact that she just had another baby and discussed why she is such an amazing woman.  I would have loved to just know what qualities, other than her appearance, made her someone worthy of being the focus of an article.

So, why even mention her body and appearance at all?

The fact that this is focused on:

Well, maybe lacking those qualities has absolutely nothing to do with that.  How about the article mentioning that this woman has the money for a personal trainer, nutritionist, cook, and nanny to watch their child so they could have the time to be able to focus on this?  Why was none of how she was able to actually achieve this mentioned?

Most women just don’t have the time, resources, help and ability to even have the opportunity to focus on getting back their pre-baby weight, even if they wanted to. I have worked with so many women after they have given birth, and they are just trying to figure out a time when they can fit a shower in at some point during the day.

The last thing they need is to be reading an article like this after weeks of barely any sleep, looking down at the sweats they’ve worn for the 3rd day in a row because that is all that fits AND they have yet to find time to finish a load of laundry, and start comparing themselves to a woman who lives in a completely different world with completely different resources.

But perhaps the most disturbing thing of all is that this was even an article in the first place.  The fact that there are articles praising women for losing weight and saying they are amazing because of how they look is exactly why women believe that their value and worth is based on their appearance: what they weigh and how they look.

This portrayal of women as “happy” because they lost weight and because they are beautiful……the constant media attention and applauding of women who are so determined and focused to maintain their looks.  All of this perpetuates this belief that we must sacrifice and suffer….give up precious time in order to have that “perfect” body and appearance so that we can be…praised…adored…..accepted…happy…”good enough”.

Anything less and we are falling short……we are failing…..we are not “good enough”….and we must

This makes me sad. Because I see how, despite people saying they “know” photos are “not real” in the media, that they still have so much impact and influence on how people believe they “should” look.  Their ideal of what is “beautiful” and “attractive” is still those perpetuated by those fake/altered images.

So when people cannot look like those pictures or do what articles discuss, where does this leave them?  How do they feel about themselves?  What will they do to try to achieve this “perfect” body..to be “acceptable”…to “be happy”–when they believe that they can only be achieve these things once they look a certain way?

They feel so awful and inadequate about themselves and they truly believe that they only way they will ever be happy is if they look a certain way, wear a certain size or see a certain number on the scale. So they suffer and do almost anything…to the point that some people will die…trying to achieve this unattainable goal.

Excuse me for saying this…but WTF?  How did we get here?  With all of the noise our society is making about wanting to empower women and not hold ourselves down…why on earth are there still unattainable standards of “beauty” blasted all over the media in the form of photoshopped and altered pictures out there?  Why on earth are articles still even making mention of women’s bodies and appearance when discussing our value and worth as individuals?  Why aren’t we focusing on what really makes us awesome, inspiring, wonderful people?

What makes YOU an amazing, wonderful, inspiring person?  I know it is not the number on your scale or the size of your pants.