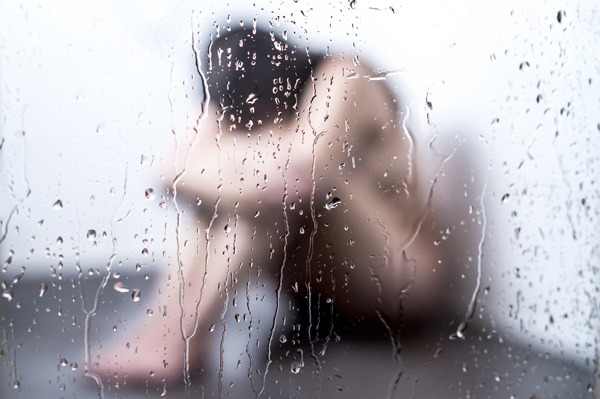 What You Don’t Know About Eating Disorders…and Need To

Yes, I am an eating disorder specialist.  And because of that, I am extremely passionate about speaking up and advocating for for those who come to me for help.

However, I am also someone who suffered for years with an eating disorder and know first-hand how all-consuming and tortuous living with one is.

This is why I am so dedicated to helping those who are currently struggling with one.

Most who are in the throes of their eating disorder right now are not going to tell you that they have one or vocalize many of the things that they are going through.

But I can tell you right now that there are so many things that they are struggling with on a daily basis that people who don’t have one have no idea about.

So, because they won’t tell you, I will.

Even among my own patients who have eating disorders, this one is surprising.  I will discuss with them going into a support group, and I so often hear “but I can’t join. I will be the biggest one in there. Everyone will be thinner than me and I won’t fit in”.

Honestly, I have been running eating disorder groups for well over 10 years.  Anyone with any eating disorder can be in my group.  There is no way in the world anyone would be able to know what type of group I am running just by looking at the group members.  There are people of all genders, ages, sizes, cultural and ethnic backgrounds.

And, nobody would be able to tell me which eating disorder someone has a diagnosis of.

I know, I know….everyone thinks that only someone who is “super thin” has anorexia nervosa.  Well, that is just not the case.

Why you need to know this is because when someone does not “look” like they have an eating disorder but they do, they suffer in silence even more.

It is so painful for someone who is eating so little and spending so much time and effort exercising and consumed with desperately wanting nothing more than to see some “magic” number on the scale to be told that they “don’t look like they have an eating disorder” or “weigh too much to have one” if they finally get the courage up to ask for help or confide in someone for support.

2. That the vast majority of their day is spent thinking about food, exercise, or their body/weight.

When I ask patients how much of their day is spent thinking about these things, I get 80-90% as an answer almost every time.  Having an eating disorder is all consuming.

Just as a very small example of what might be going on for someone who has an eating disorder: If they are not feeling guilty about what they just ate and trying to think about a way to compensate for eating it, then they are thinking about what they want to eat, but “shouldn’t” or looking forward to what they are going to binge on later.

Or, they could be incessantly thinking about the number on the scale that morning that was up a pound from the day before and feeling so depressed and anxious about how “bad” they look in their clothes that they just want to stay home and not see anyone for the rest of the day.

3.  Their eating disorder takes up a lot of their time and energy, so they aren’t around as much.

It does not mean that they do not care about the people in their lives or want to be so distant from everyone. But an eating disorder takes over someone’s life in so many ways.

What typically happens is that someone wants to maybe lose a few pounds because they believe if they do so, they will look and feel better. So, they start a diet. They initially feel in control of their food and exercise. They see some results and really like when people make positive comments to them about their change in appearance.

This encourages them to continue. Only when the weight loss plateaus at some point, they decide to eat less and exercise more to continue their weight loss.

This is where the problem starts. They start to fear gaining weight if they were to eat more or exercise less.  Now the food and exercise is controlling them, not the other way around.

They now are trapped in a life where their self worth and emotions are wrapped up in their weight.  To gain weight means failure. To lose weight means they are succeeding and the only way to be happy.

People who have eating disorders will often give up sleep, miss work, school or important events in order to fit in time at the gym. If they do not work out, they will usually feel extremely guilty, grouchy and alter how much or what they eat that day.

Going to the gym gives them a sense of “calm” and allows them “permission” to eat that day.

They may also weigh themselves several times a day.  Their mood is dependent upon the number on the scale.

Even seeing the number up half a pound can result in a depressed mood, altering how much they “allow” themselves to eat later that day, or if they need to engage in some compensatory behavior to lose the weight (i.e. go to the gym, take laxatives, purge, etc..).

Someone with an eating disorder may also spend hours planning their meals.  Grocery shopping, taking the time to cook/make their food and then logging all of their meals (needing to be precise about calories, and grams of protein, fat and carbs) is extremely time-consuming.

Likewise, someone may spend hours planning and obtaining food and replacing food for binges, whether they purge afterward or not.  Driving around to several fast food restaurants and/or grocery stores to buy binge foods can take some time even before spending the time to binge.

Oftentimes people will isolate and binge while driving or away from home out of shame and embarrassment.  Or, if they do binge at home and live with others, they may then spend even more time hiding the food wrappers or going out again to buy food to replace what they ate so nobody will notice it is gone.

4.  People who have eating disorders are NOT lazy and do not need to be told to “JUST TRY HARDER” or “just eat less and exercise more” or “just eat”.

Most people who have an eating disorder are professional dieters. They have been on more diets than anyone.  They have tried harder and struggled more than anyone to try and get control of food and their weight.  It is NOT from a lack of trying that they are suffering.

THEY HAVE AN ILLNESS!

They have symptoms that meet criteria for a diagnosis for a mental health illness for which there is treatment.  What they need is compassion, understanding and support.  Not criticism, shame and blame.

Believe me, they are doing enough of that to themselves as it is.

Hearing from other people comments like they just need to try harder also validates this for them. Believing they are not good enough contributes to what most people who have an eating disorder also have: a diagnosis of depression and/or anxiety.

I honestly could write much, much more.  But I will stop here…for now.

To Your Health and Wellness!