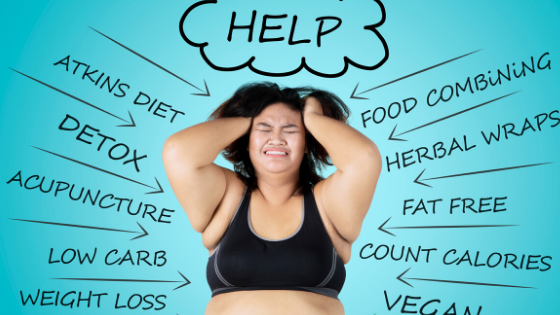 DIETS: THE WORST CYCLE OF ABUSE I HAVE EVER SEEN

Yes, seriously! I often have to bite my tongue not to scream that when I hear people talking about diets..weight loss…really saying anything that would trigger someone with an eating disorder. Things that might even start someone on the path to having one.

Now I am not at all saying that anyone is purposely out there trying to hurt anyone else. I do not believe that for a second. That is why I do not unleash my fury on any one individual.

Ok….when I really think about it, I am more frustrated than anything. Frustrated because there is so much misinformation about food, diet, exercise and the body. And knowing that people go ahead and take what they hear, and then adopt it into their daily life because they believe it is truly “healthy” or will help them “lose a few pounds and keep it off”.

I often joke around that I am just sitting around waiting to hear what the next “new best diet” is going to be to replace the current one. But it really isn’t a joke because it is actually true. If you think I am making this up, let’s take a look back at say, the last, few decades, shall we?

Now, please keep in mind, I am not going to go into great detail into any of these simply because that is a blog for a whole other day. I am merely just going to do a mental trip back in time, listing off different diets that have had their “15 minutes of fame”, if you will:

1980’s
• Cabbage Soup Diet: a very restrictive diet of having, yes, you guessed it? Cabbage soup 2-3 times a day.
• The Grapefruit Diet: lose 10 pounds in 10 days by having ½ of one or 4 oz of pure juice before every meal.
• Beverly Hills Diet: Who cares if the medical community doesn’t support it, it was on the NY Times best-sellers list of 30 weeks.
• Jenny Craig: The convenient way to lose weight at a high price.
• Cottage Cheese Diet: Just that for a few days in a row.
• Fit For Life: Lose weight by not combining foods.
• OptiFast: Yes, don’t eat. Just literally starve yourself with only drinking starvation-amounts of calories.

1990’s
• SlimFast: again with the liquid diet, but maybe not so harsh as OptiFast in terms of starvation level. You can at least eat one meal a day.
• Eat More, Weigh Less: Now here’s a twist to make people today want to run for the hills! Dr. Ornish had people eating 70-75% of their diet as CARBS! Only 15-20% as protein and 10% as fat.
• Atkins: On comes the low carb-high protein fad begins.
• South Beach Diet: More of the low carb, with unsaturated fats and unprocessed foods.
• Blood-Type Diet: The problem has been not eating according to your blood type all along.
• Sugar-Busters: Also doesn’t allow you to eat fruits and veges.
• The Zone: 40 % carbs, 30% protein, 30% fat for improved athletic performance and weight loss.

2000’s
• Raw Food Diet: Pretty much how it sounds.
• Master Cleanse: Or the “lemonade diet” for rapid weight loss.
• NutriSystem: Much like Jenny Craig, weight loss food that’s convenient at a cost
• The Special K diet: eating this cereal suddenly became a weight loss phenomenon leading to Special K bars, shakes, etc..
• Juicing: AKA another form of a liquid diet like OptiFast and Slimfast, but with juice.
• Gluten Free: With only 1% of the US population having celiac disease and needing to avoid gluten, weight loss would result from eating gluten-free products that have just as many calories as products with gluten for those without celiac disease.
• Paleo: Eat like a caveman and the weight will fly off.
• Whole 30: “Clean” eating arrives.
• Keto: Get your body into a toxic state of Ketosis and the weight will fly off
• Intermittent Fasting: The newest of them all…..

Now, I know I missed a whole ton in there that have come and gone (i.e. Weight Watchers, Mediterranean Diet). And I have no doubt in my mind that this list will just continue to build and build as time goes on.

What kills me is that every single one of these so-called “perfect diets” claimed to be the ONE. The one be-all-end-all way to eat for the rest of your life and have “perfect” health and weight. That you would never feel deprived, hungry or unsatisfied.

RIGHT. Ok, then if that was the case, then why did none of them stick? Why so many of them? Why does one “magic” diet keep replacing the next?

Truth is, none of these is a magical solution to anything. None of them are meant to really work. Why? Because if they did, then the diet and beauty industry would stop making billions of dollars a year.

Let’s get real people. If you feel insecure about how you look or are enticed to want to be “better” in health or appearance by some “new novel” diet, then you will go out and try it. You will buy whatever book, product, service, etc.. to achieve that.

When you (really the diet) fails (which it is set up to do), then you feel even worse about yourself. Now what?

Well…surprise!—-ta, da…here is a new way to redeem yourself and finally get what the results you want. You hear someone talk about this “great new diet”..or “these great results they are having by eating this way or that…”

You listen because you so badly want something..anything that works. Anything that can finally give you what you’ve been wanting all of this time. This one just might finally be it. You vow to be good on this one…stick to it! So you buy into that one.

Only it is a roller coaster that you now can’t get off of. Initially you are on a high when it starts “working” and you see results. But nobody can stay on something for very long. You tell yourself you failed…over and over and over again….but it was never you.

In relationships, we call this the cycle of abuse.
With dieting, we see this as “normal”.
And in both, we blame the person who is suffering rather than the cause of the suffering.

In the cycle of abuse, there is:
• The honeymoon phase where everything is happy and hopeful.
• Then things start to not be so great, and there is some tension and struggle.
• Then comes the abuse whereby the person gets hurt, blamed and criticized for causing the struggle and “issues”.
They come out of this feeling insecure and “bad”.
They want more than anything to just get back to when everything felt great and happy again.
They think “it is all my fault”; “if only I hadn’t screwed up”; “I just need to be better”.
• And then there’s a return to the honeymoon phase…

This really is no different with dieting.
• In the honeymoon phase, the person is dedicated and focused on the diet. They see results and are excited and happy.
• Then they start to struggle to maintain the demands of the program (i.e. cost of food, time to prepare food, time to fit in exercise). Maybe aren’t really liking the food or able to stick to it because they go to a lot of work dinners and social events. Or maybe they are starving and don’t have enough energy to function properly and feel irritable and tired.
• So, they stop following the diet/program and gain weight back and maybe even weigh more than they did before they started. They berate themselves, telling themselves “I am such a loser”, “I am so bad”, “I failed again”, “If only I had more willpower or was stronger”, “I will never be happy until I lose this weight”….

What they fail to see is that they did not fail at being able to stick to the diet. It was not that they were not “good or strong enough” to do it right. The blame needs to be placed correctly: on the diet itself for being something that nobody can follow long-term.

At this time, they are susceptible to taking on a whole new “diet” or plan that promises them a chance to “redeem” themselves….anything that will give them hope that they can finally achieve the happiness they believe they will have “once they lose weight”.